Established by Jeanefer Jean-Charles, Tomorrow’s Men is a groundbreaking organisation designed to address the disengagement of boys and young men from society. The organisation’s preventative programmes access vulnerable young men early on in life, equipping them with the tools necessary to transform their prospects, helping them gain cultural capital, develop quality relationships and build a brighter future for themselves.

Through creative expression and exercises in trust and confidence building, the proven Tomorrow’s Men method diverts young men from antisocial behaviour, inspiring and empowering them alongside their peers.

Tomorrow’s Men was developed following Jeanefer’s Rayne Fellowship, which saw her research and develop ideas alongside the Metropolitan Police, key members of the Criminal Justice System (Diamond Initiative) and other social welfare and arts organisations. Jeanefer identified the current needs of these organisations and in response, established how dance activity can have a positive impact on the development of young people.

Today’s Tomorrow’s Men method is the result of years of targeted development through a series of pilot programmes with industry leaders, East London Dance and WAC Performing Arts and Media College. Tomorrow’s Men projects have been delivered in primary and secondary schools and pupil referral units helping boys from the age of five to young men in their twenties. 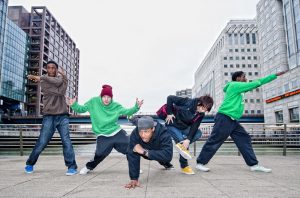 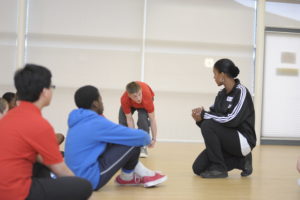 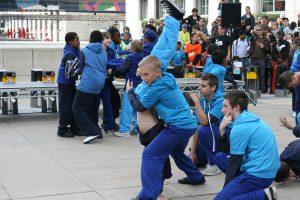 Each bespoke Tomorrow’s Men project culminates in a unique performance opportunity celebrating participants’ achievements to their peers and the wider community. Previous performance highlights have included Ignition Festival at the Lyric Theatre Hammersmith in 2017 and Tomorrow’s Men 2012 which was produced by East London Dance and funded by the East London Business Alliance’s Transformers Grant Programme through the Olympic Lottery Distributor and Big Dance 2012.  Tomorrow’s Men 2012 saw a team of male dance artists worked with over 100 young men from across east London and culminated in a large-scale performance as part of Greenwich + Docklands International Festival’s Dancing City.

The One Dance UK Article on Jeanefer Jean-Charles’ Rayne Fellowship