Written and directed by Julie McNamara and Hassan Mahamdallie, Quiet Rebels is based on the true life but forgotten stories of white working-class women who fell in love with men of the Windrush generation. A drama-noir, with film, music and movement, set in a dystopian, authoritarian state England where people who marry across the race lines are considered traitors.

Quiet Rebels premiered at the Belgrade Theatre in Coventry on 10 September and completed its run at The Albany in London on 11 November.

“This is a slice of history, a great story that needs to be told…”

Black Victorians is produced and co-commissioned by FESTIVAL.ORG, Brighton Festival, Hatfair and Without Walls and is currently touring across the UK.

Black Victorians is accompanied by a display of the Black Chronicles’ Exhibition In A Box presented in association with Autograph, London. 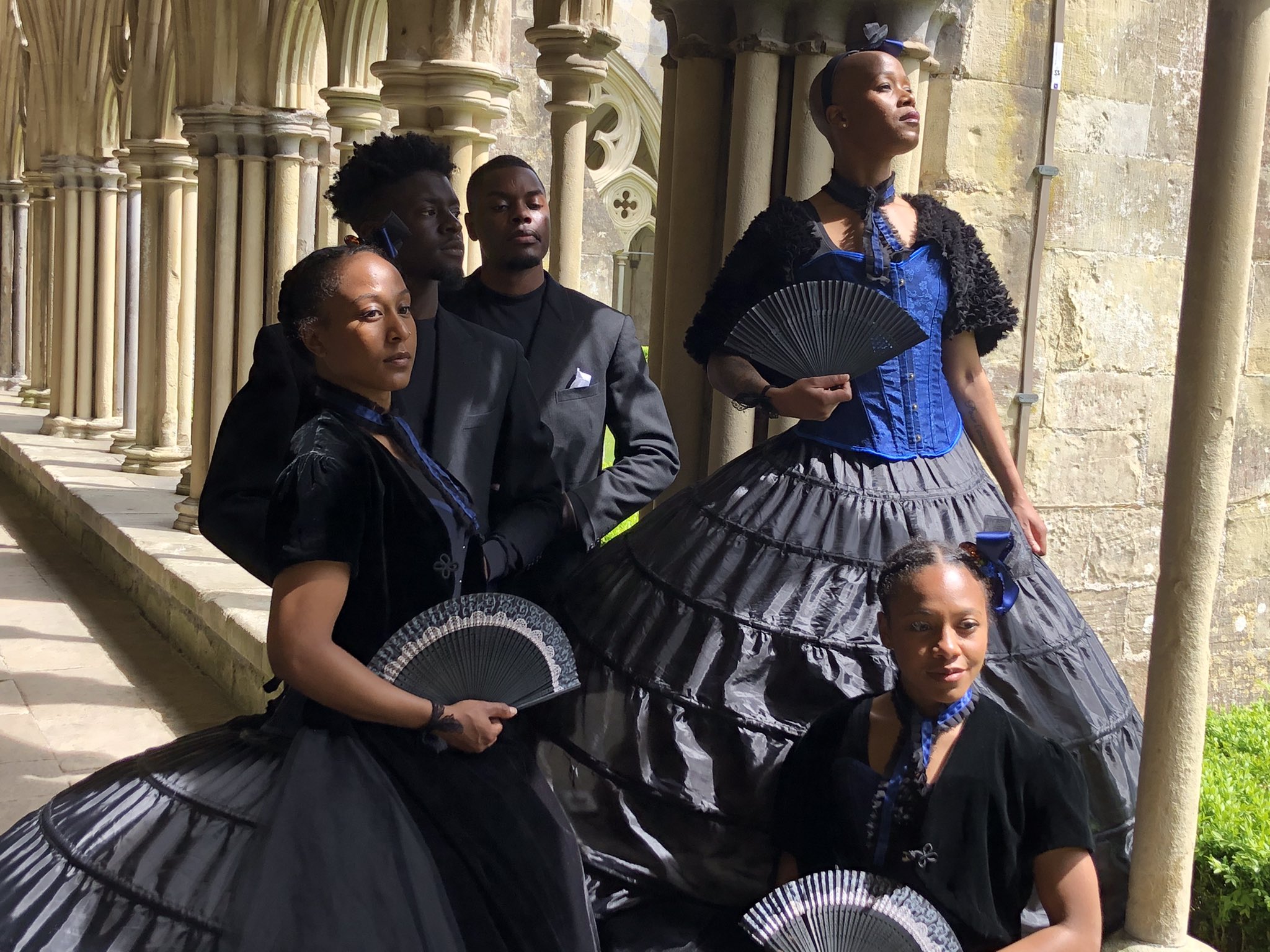 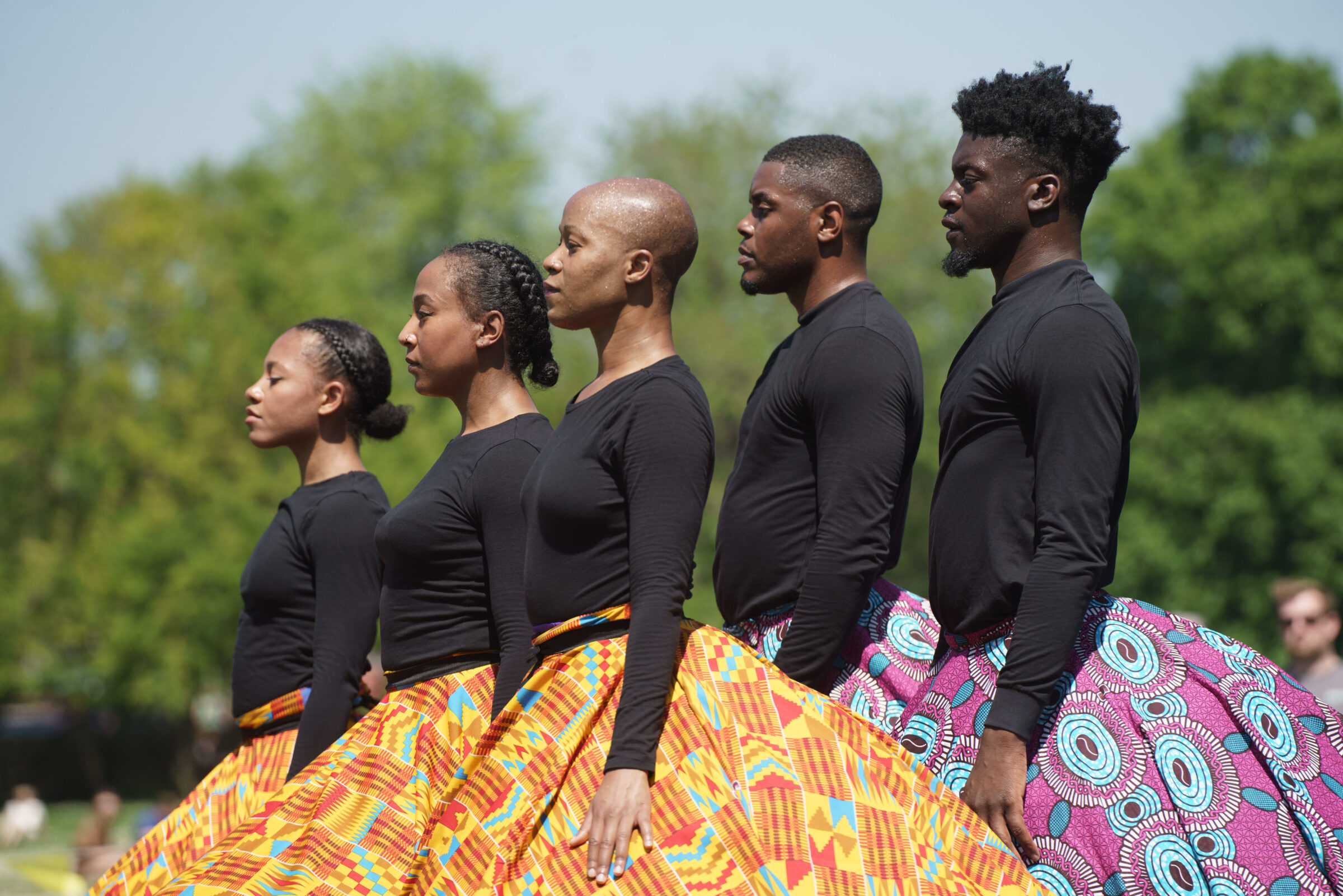 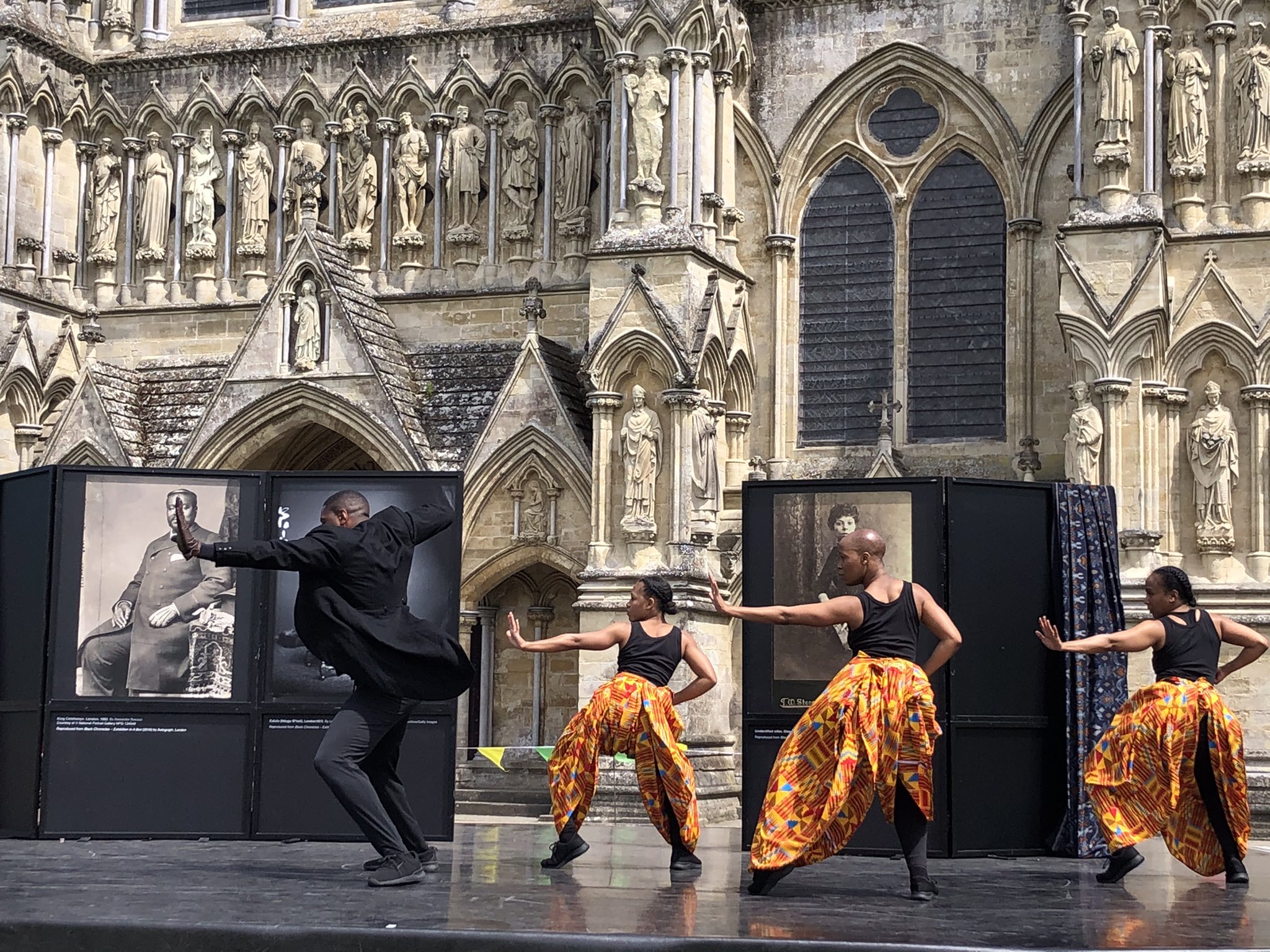 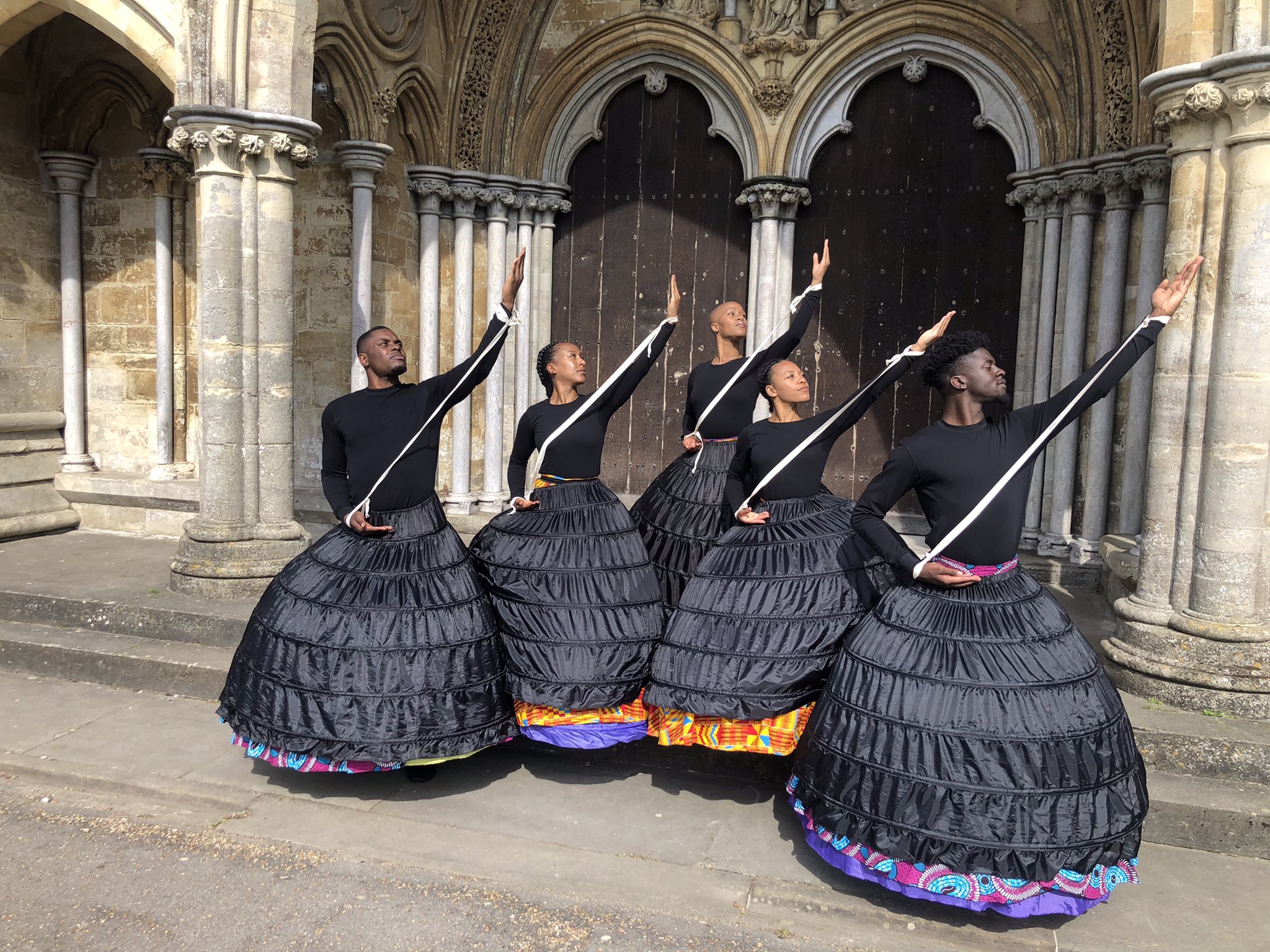 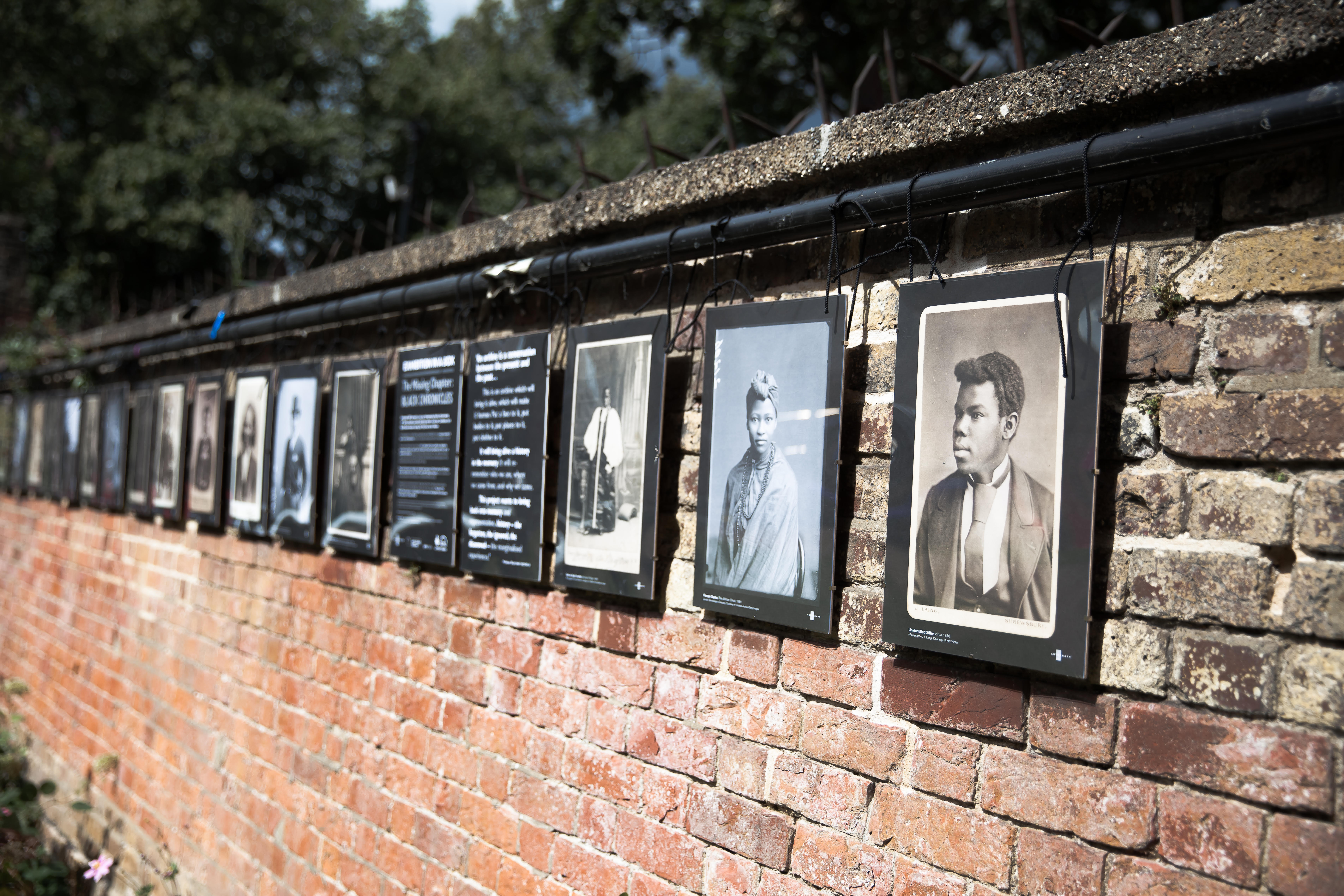 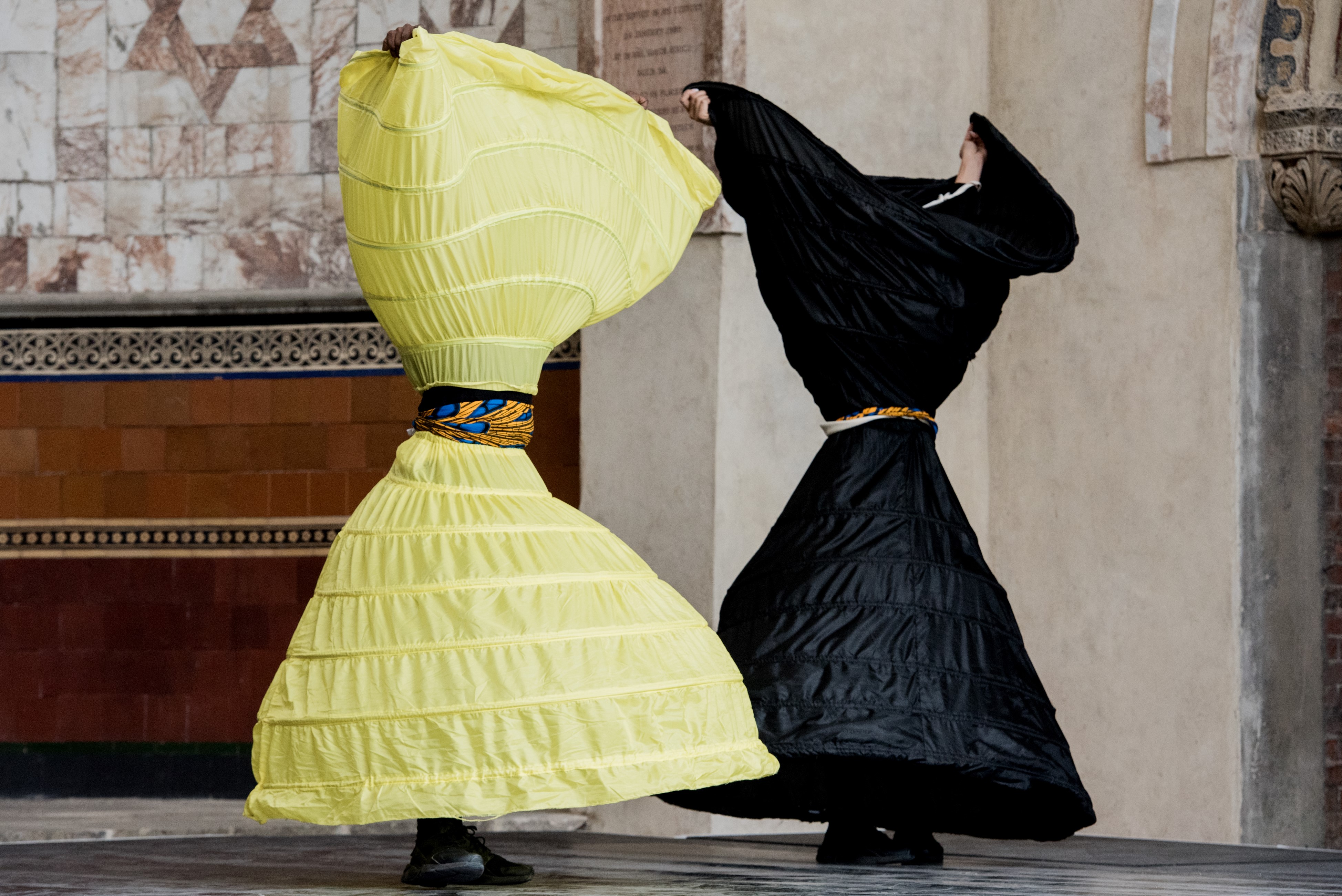 Jeanefer Jean-Charles was appointed Mass Movement Director for a new musical theatre production, The Silk Road in Beijing, China, October 2017.  It was produced by UKCI, and was a training & performance project attached to the Beijing University, featuring 100 schoolchildren. 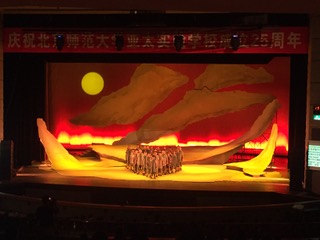 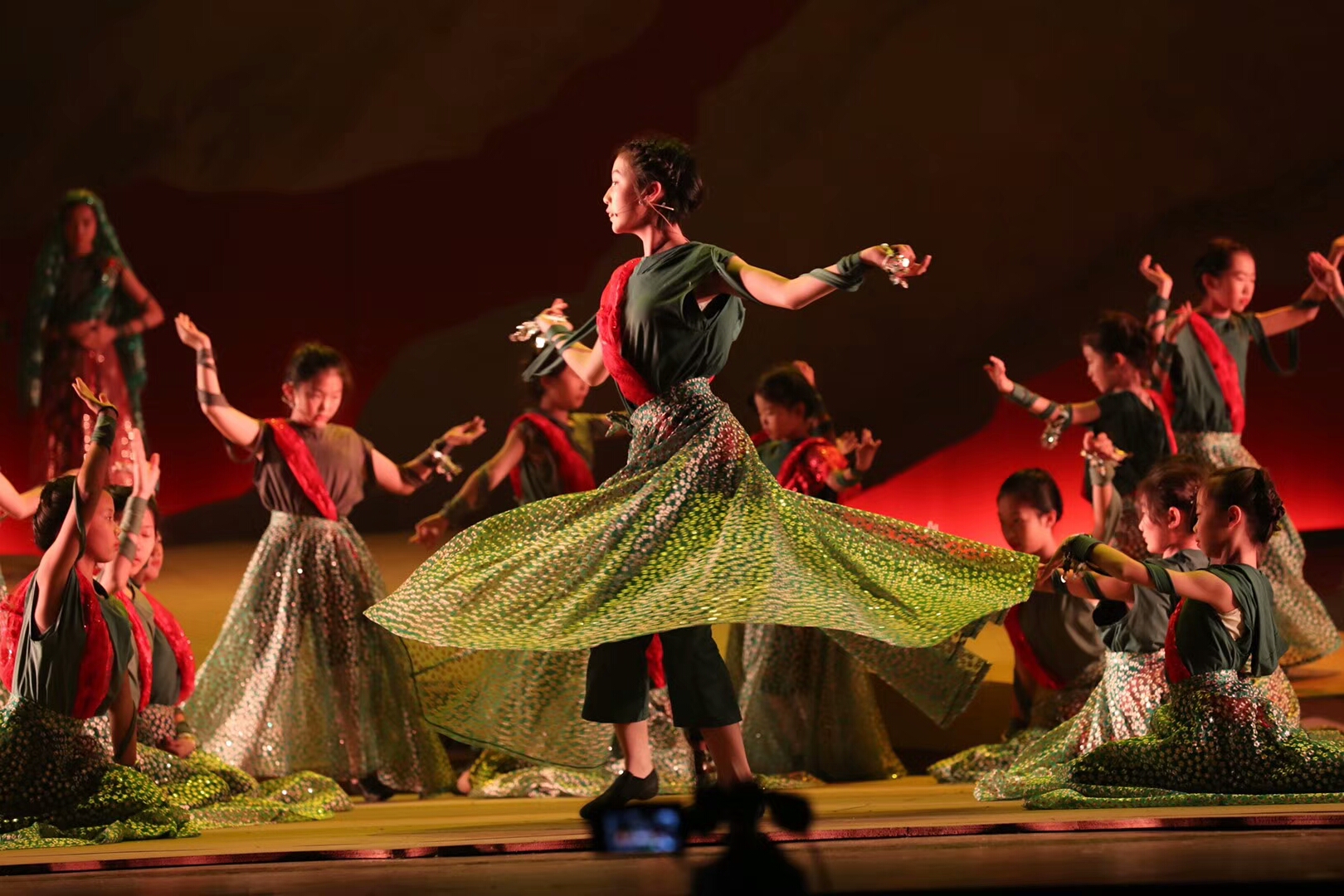 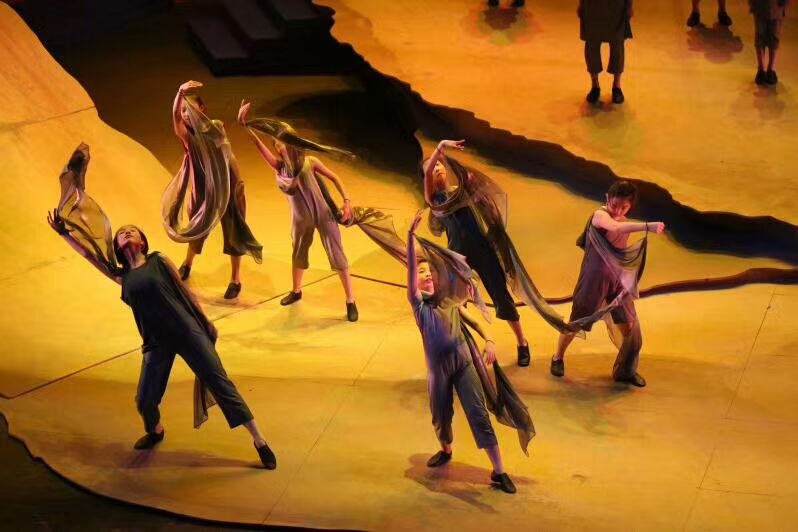 “The powers that be have decreed Silk excellent and very successful!” 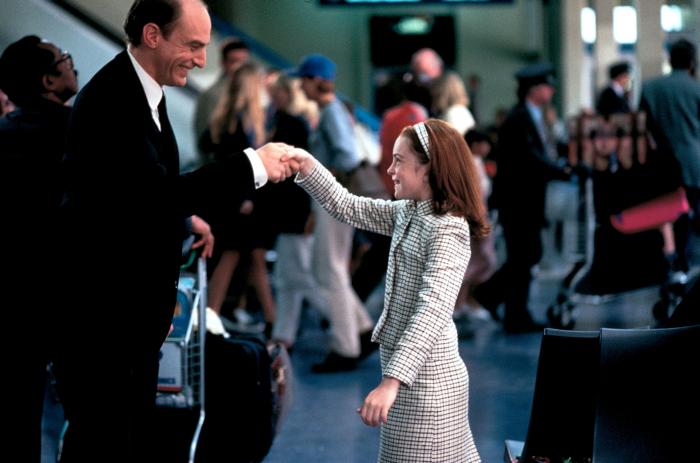 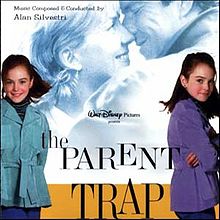 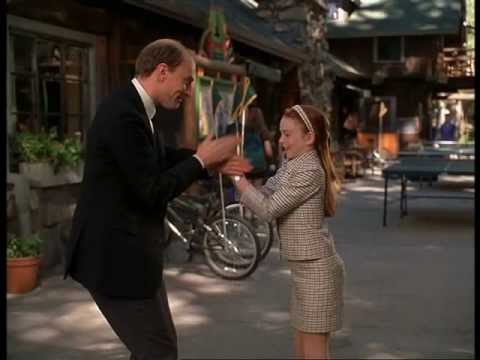 Dancing Voices captures the multitude of dance ‘languages’ set against a backdrop of iconic East London locations, celebrating the changing landscape of the area and featuring over 100 local dancers. 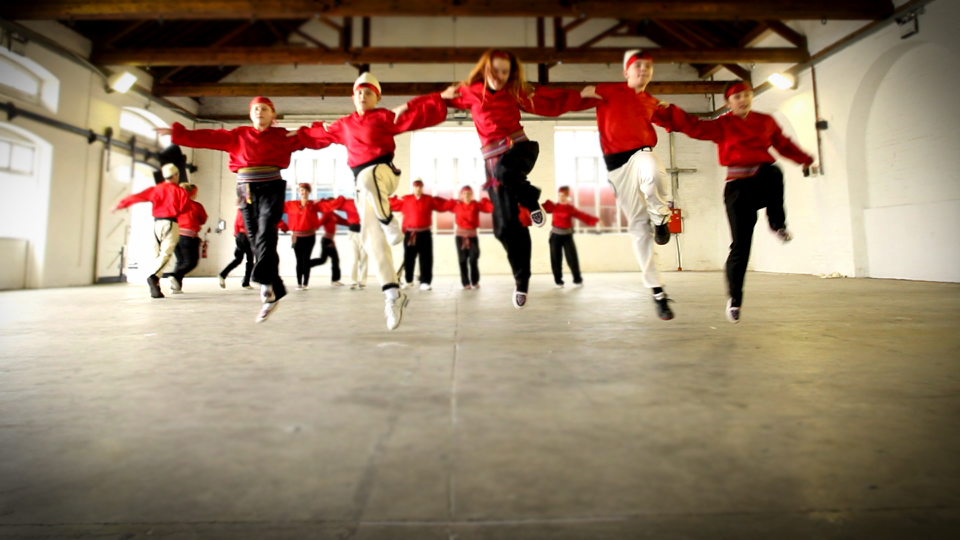 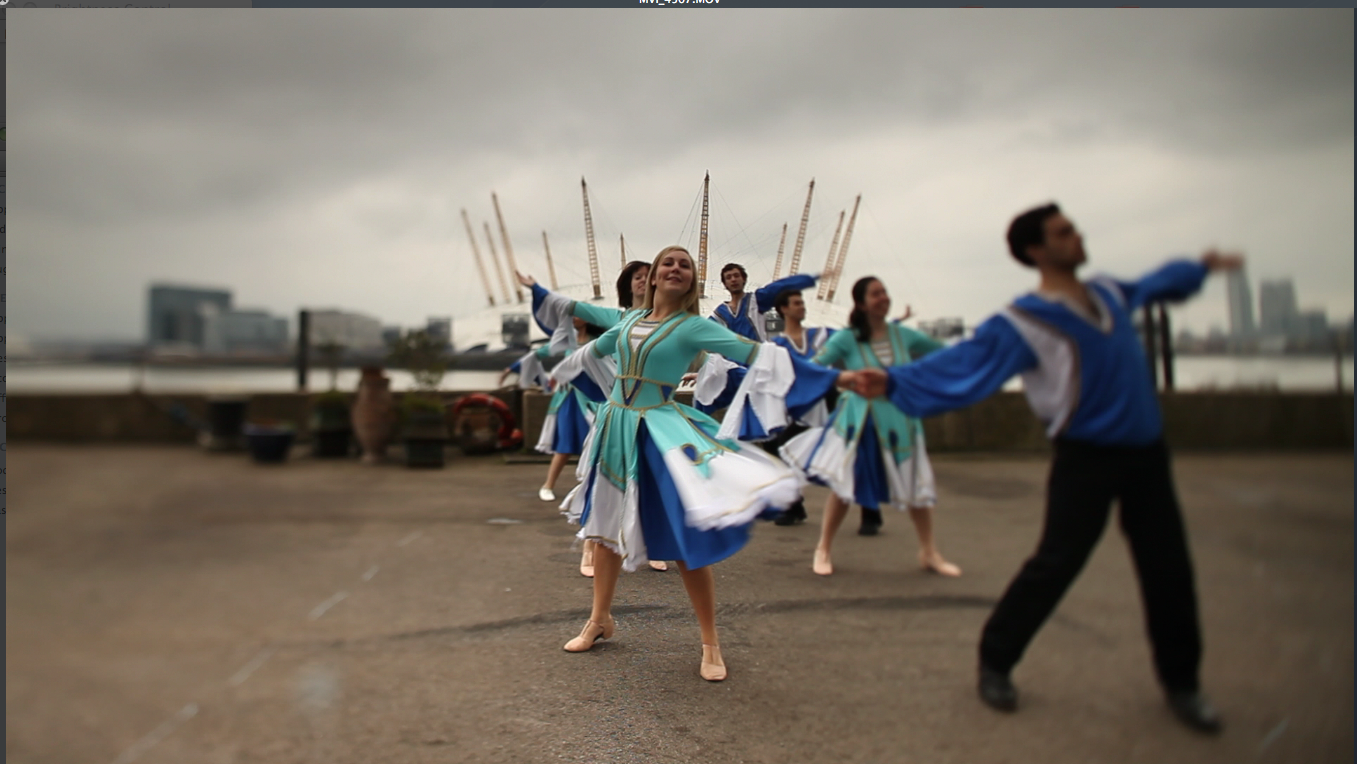 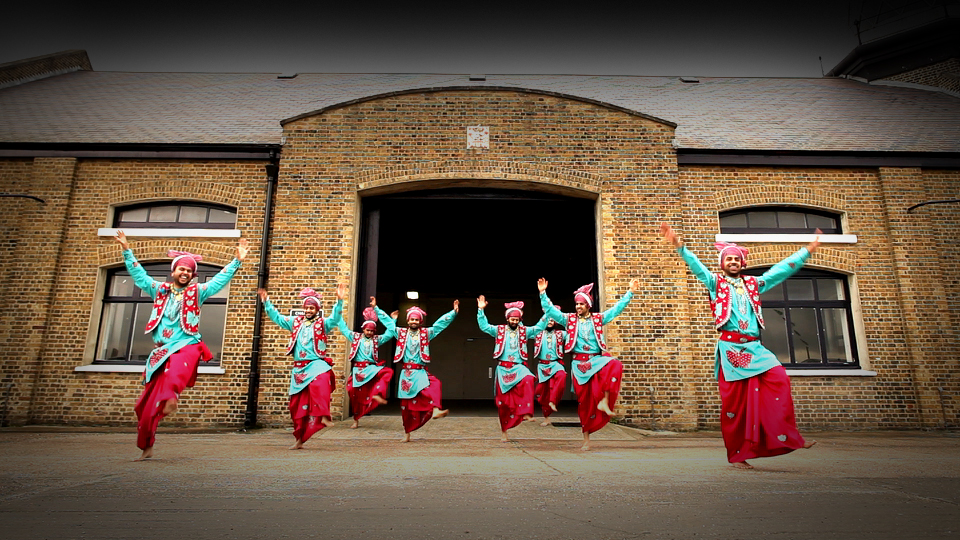 As the choreographer for Indepen-dance, Jeanefer Jean-Charles created an immersive piece with the full cast of the Indepen-dance Performance Company. This piece opened ‘Gathered Together 2016’, Scotland’s inclusive dance festival at the Tramway, Glasgow in 2016.

This high-energy piece was set in a nightclub in Harlem, New York, during the 1930-40’s and was accompanied by live vocals from the Swingcats and Karen MacIver on piano. Working with Dramaturge Julie Brown was a key highlight for Jeanefer. 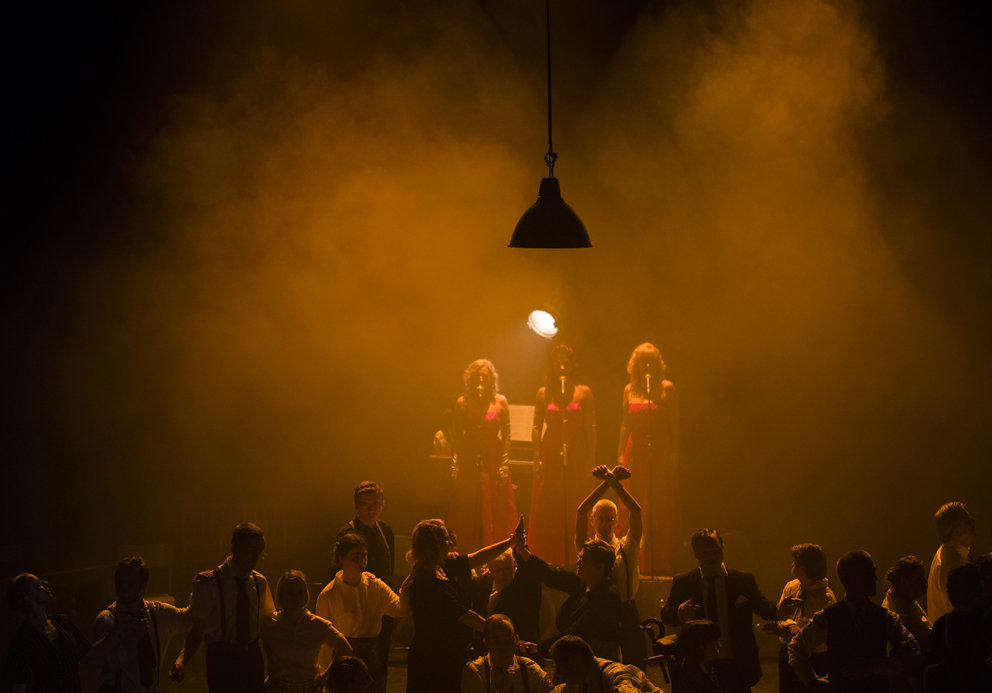 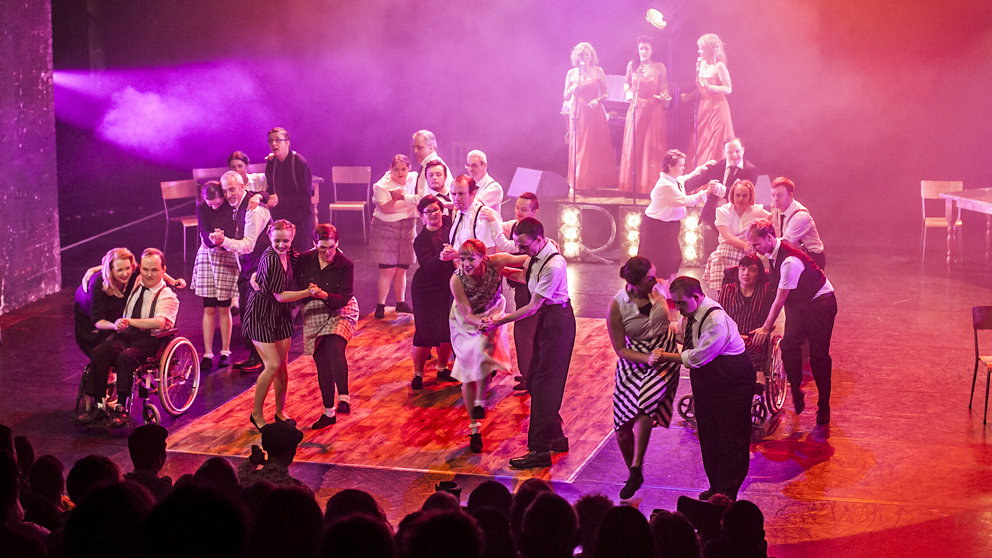 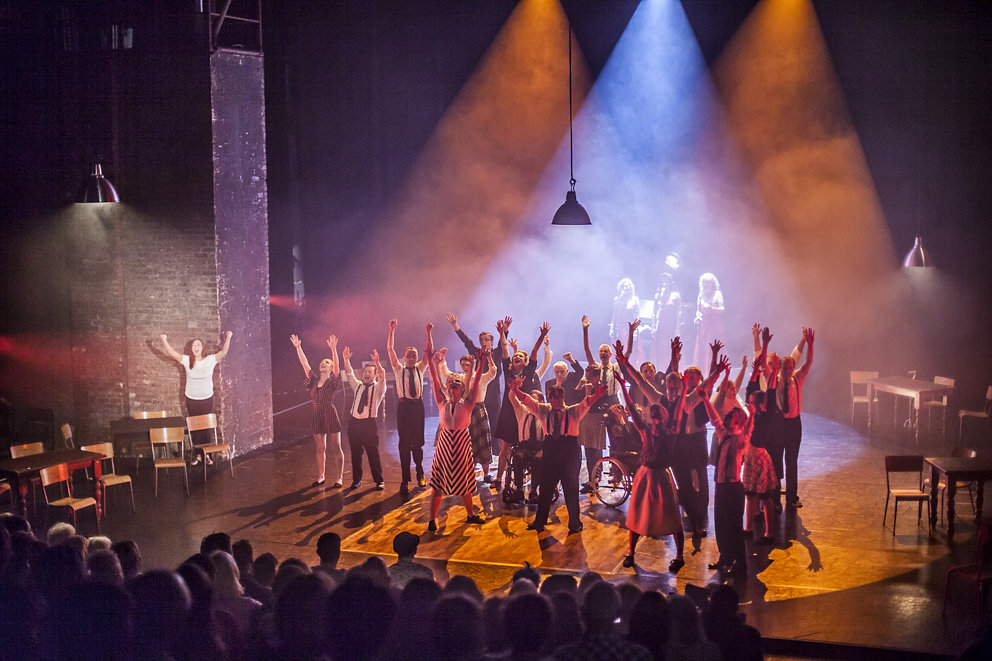 Jeanefer Jean-Charles worked alongside Director Jevan Chowdhury of Moving Cities, to produce ‘Engineering Happiness’, a film for the Institution of Civil Engineers.

The civil engineers behind some of London’s most iconic infrastructure projects put on their dancing shoes to showcase the diverse and exciting careers within engineering available to young people through choosing maths and science.  The film features some of London’s world-class infrastructure projects and the teams behind them including Crossrail, Queen Elizabeth Olympic Park, the Thames Barrier, London Underground, Walton Bridge, Kings Cross Station, and the Hammersmith Flyover.

The film has been watched and shared by students, teachers, parents, journalists, ICE members, parliamentarians – and even celebrities like Carol Vorderman and BBC One Show’s Marty Jopson.

Jeanefer-Jean Charles was the choreographer for the film Mass Bolero (2014), a tribute to Jayne Torvill & Christopher Dean, which marked 30 years since their Olympic triumph in Sarajevo

Jeanefer worked with hundreds of local people from Nottingham and Nottinghamshire to create a mass choreographed version of the Bolero.

Featuring cameo appearances from Chris and Jayne themselves, the Mass Bolero film was conceived and directed by Fiona Buffini, Associate Director of Nottingham Playhouse, in partnership with Dance4, Confetti Media Group, and Spool.

The film was premiered at Nottingham Playhouse and broadcast on the new Nottingham TV Channel.

Following the success of the film Mass Bolero, Jeanefer returned to Nottingham to create a Live Bolero performance in 2014.

Jeanefer worked with professional dancers and hundreds of people from all walks of life, including bus drivers, gym enthusiasts, and office workers, harnessing their communal passion for dance.

The live performance took place during the Big Dance weekend, transforming Nottingham’s iconic Market Square into an unexpected stage for this spectacular tribute to Bolero.

To reach a wider demographic, the team also created an online tutorial film to engage a global audience, enabling viewers from across the world to learn the routine and take part.

“I just wanted to say how much I enjoyed this. It’s inspirational and such a great way to lift the spirits of a city where people are in need of a boost.”

Director of Playing On Theatre Company,

Jeanefer has delivered a number of youth dance commissions for Dance East in Ipswich. Her choreography Sacred Gestures in 2011, was performed as part of the students end of year production.

Jeanefer Jean-Charles created a brand new piece of dance theatre for State of Emergency, which put male relationships under the microscope, studying classic role models, exploring the male perspective. From the emotional bond between father and son, to the solidarity and relaxed approach to friendship, five spectacular male dancers presented snapshots of young men in the 21st Century.

It’s A Boy was created in response to the many reports of gun and knife crimes. While the piece did not involve guns or knives, it looked at how a simple moment or accident can escalate into a violent reaction.

Working creatively with contemporary dance and flavours of House Dance, Jeanefer choreographed a punchy, non-narrative, symbolic piece, inspired by the uncertainty surrounding a moment when two men accidentally bump into each other. 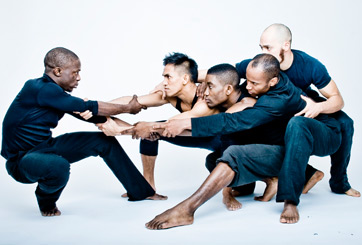 Produced by State of Emergency, Rosa Moments was a fluid, energetic piece of dance theatre created on six contemporary dancers. Working creatively across dance genres particularly street dance and the musicality of jazz dance, Jeanefer Jean-Charles delivered a punchy, non-narrative, symbolic piece, taking as inspiration, the seminal moment on December 1st, 1955 when a lone woman refused to give up her seat on the bus – the moment that started the American Civil Rights Movement.

By investigating five key moments in Rosa Parks’ life on the lead-up to that historic day, Jeanefer generated a powerful and emotional depiction of standing up for one’s rights, albeit in this case, around the innocuous scenario of forfeiting a seat on a bus. 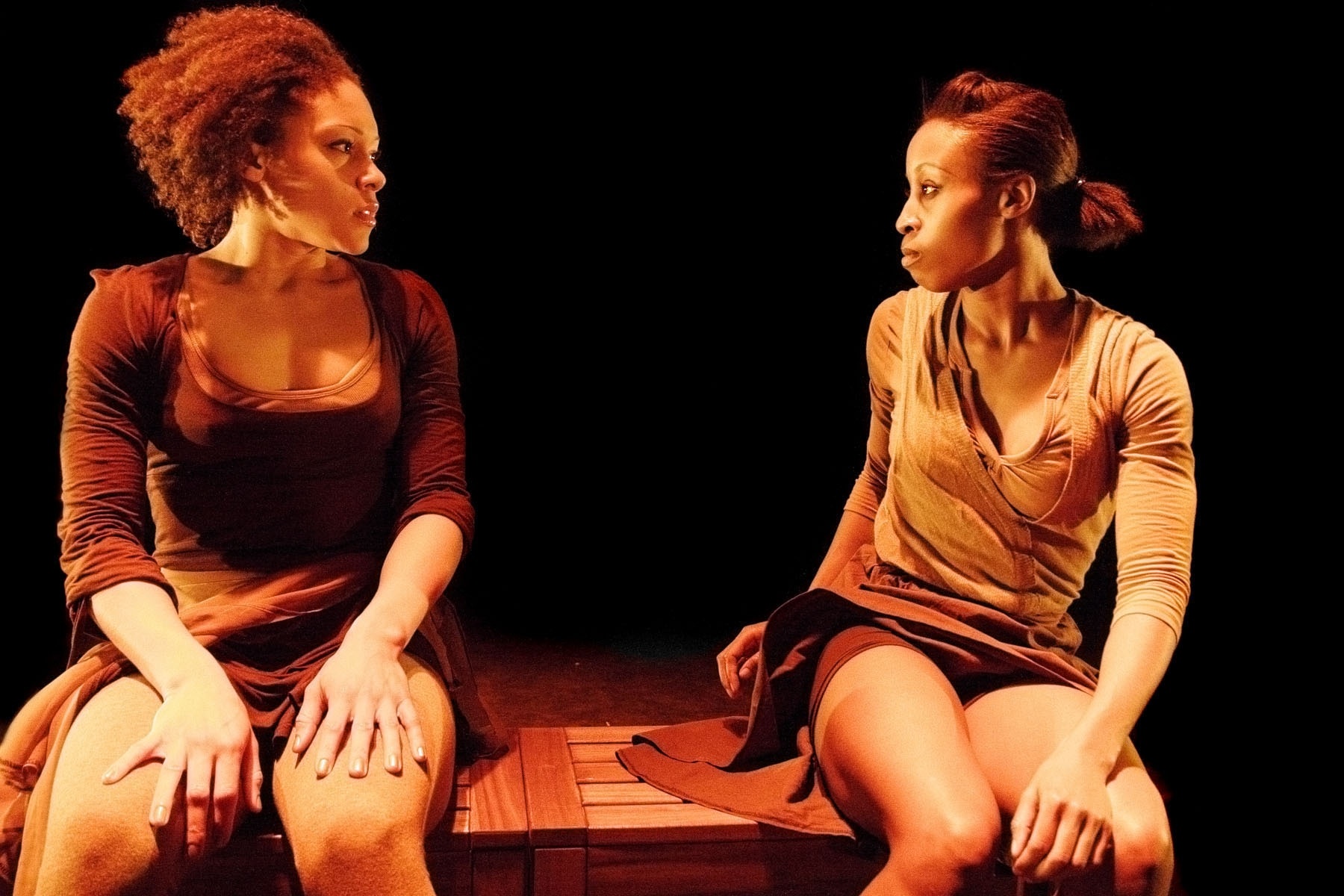 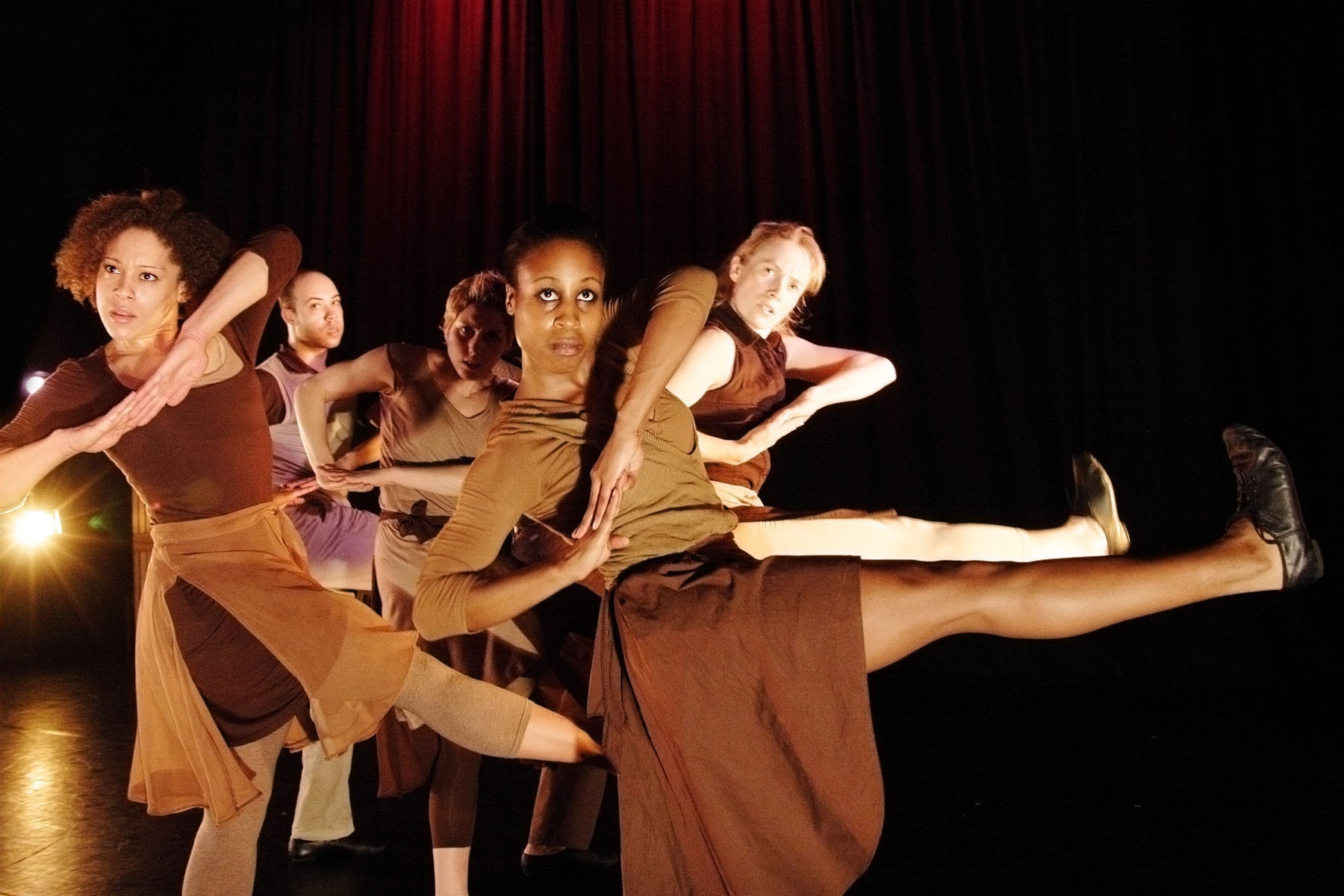 “Jeanefer Jean-Charles uses a juicily physical vocabulary to chart the emotional course of a revolution. The result is simple and unpretentious”

Jeanefer Jean-Charles was the choreographer for this work at the Young Vic Theatre Company.

A Raisin in the Sun, tells the story of Walter Lee Younger, who dreams of making his own way in life and owning a liquor store. All seems possible when his mother receives a $10,000 insurance payment. But she has other plans. Is this the end of his dream – or the start of a new one?

The Young Vic’s production of Lorraine Hansberry’s 1959 groundbreaking, classic play was an unmissable take on the twists and turns of the black American dream.

“A rousing, heart-felt production of an American Classic”